COMPARE INFINITI G37 VS LEXUS IS250

SERVING BUFORD, GA AND THE ATLANTA METRO AREA
When you are looking for used cars, it helps to know the history. If you compare the Infiniti G37 and Lexus IS250, for instance, you’ll discover luxury and performance on these rival cars. Whether you are looking for a coupe, a small sedan or even a convertible, these competitors may offer the right ride for you.

The Infiniti G series dates back even further. Starting in 1990, this compact sedan was introduced to the U.S. It lasted four generations until the name was discontinued in 2015. The series was renamed Q40 or Q50 in 2013. The name Q60 was added for the coupe and convertible models. While the G series was popular, Infiniti wanted to rename its lineup. Even by today’s standards, G37 editions were quite powerful with plenty of horses under the hood. Coupes and convertibles were sold under the G37 model name. Sedans are listed as G37 Journey editions.

Infiniti and Lexus are both known for their technology, durability and quality. This reputation was built on the backs of such cars as the Lexus IS 250 and the Infiniti G37. The G Series, for instance, has won Motor Trend Car of the Year and been on the 10Best List by Car and Driver. Infiniti won best luxury brand and best residual value from ALG in 2011.

Meanwhile, the IS family earned top marks from JD Power in 2010 and 2011. It has also earned a Ward’s Auto Best Engine award. Since 2011, Lexus has earned top luxury brand from JD Power every year including this one.

INFINITE SAVINGS NEAR THE MALL OF GEORGIA

You can find the Infiniti G37, Lexus IS250, and many other great cars at Atlanta Luxury Motors Mall of Georgia. Take your choice on a test drive in Buford, GA. 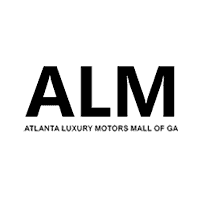